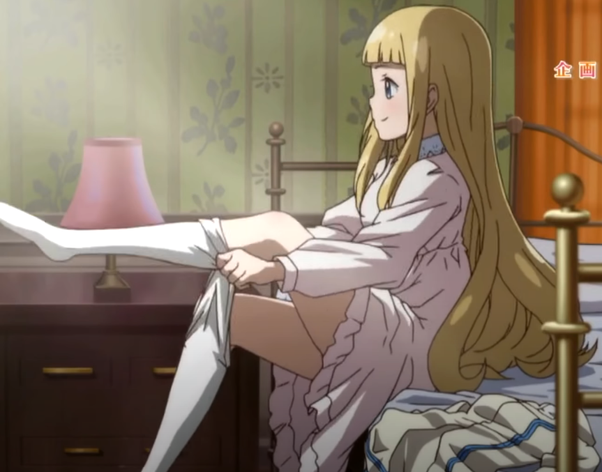 2 seconds (and only that part). I really don’t know what kind of cast down from heaven, filled with corruption, perverted mind you need to have to think that this is made to get people excited, especially in 2 seconds. Like really?

It’s very normal to get changed, especially when it’s not trying to convey to the ‘audience’ but instead tell a story. As much as people have associations with ‘less clothes’ being inappropriate, one should remember that it’s incredibly strange to see a story where someone only ever shows them ‘not’ living but their events. Similarly, when the setting has a lot of female characters, it is a lot more normal for female characters to be less conscious of what they are doing because there are no male characters around. I mean it’s a bit overly obvious but also this example I have given is on a more extreme end than I needed to provide, usually people complain about seeing cleavage for example : 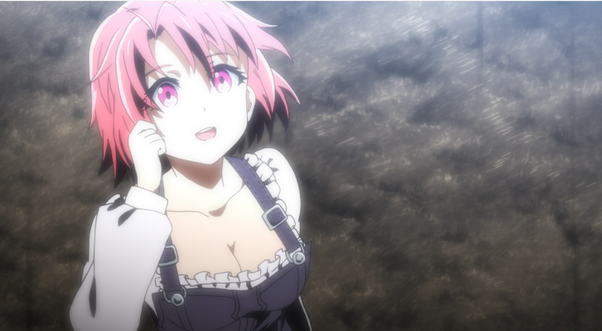 Let me point out that, this is only inappropriate if you are staring point focus at spots and are getting that tiny field of focus square that shows you nothing else. When you look at this image as a whole it is not inappropriate, you don’t do this in the streets or when watching movies because it feels ‘wrong’ to do this to people. They would usually feel you are a creep, so you are not at all supposed to be only doing that when you are seeing anime. Keep in mind that while your field of focus is smaller, the actual entire image is what you should be seeing. Let me add to this that, when things seem unusual people tend to focus on them, so someone who actually watches a lot of anime is unlikely to focus on those aspects whatsoever.

In essence that point however is one of showing a story vs communicating to an audience. You do things you naturally would, and usually these things are different in your own head and look very different from an angle where you are not aware that you are being seen. This often means that even bad things are portrayed as they actually are in an anime, you get the full blow of sympathy. This means that when you have a villain in an anime you see what others think of the villain in their environment but you also see what the villain is thinking. You don’t just simply get a favour one or the other.

Bringing this back to the question. It is because they do not understand anime. The more you can see the more you will find that you like, it’s almost a reflection of yourself and what you analogically or deductively can comprehend.